The Prize of the European Academy of Science Film was awarded for the first time on April 30th at the prestigious Science Film Festival AFO in Olomouc. Previously, the winner was elected by all members of the academy.

The Winner of the European Science Film Award 2016 is the film “THE ORIGAMI CODE”, (France / Germany 2015), by François-Xavier Vives! Producers: La Compagnie des Taxi-Brousse, fact+film and Leonardo Film,
Matěj Dostálek, the director of the afo film festival, introduced EURASF and the prize to the audience. After that, Johan van de Woestijne, the director of the Dutch science film festival InScience, handed out the award. 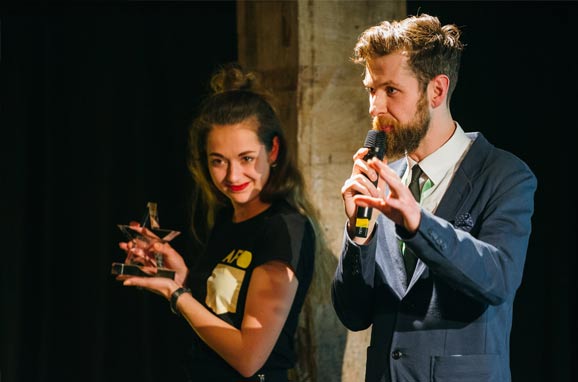 Christine Reisen, who accepted the prize in the name of the director and the producers La Compagnie des Taxi-Brousse, fact+film and Leonardo Film, gave a short statement.
"We have been honoring the documentary directed by François-Xavier Vives because it blends elegantly the beauty of the arts with the detail of science while giving a new perspective on hidden principles of the natural world."

We congratulate the winners! 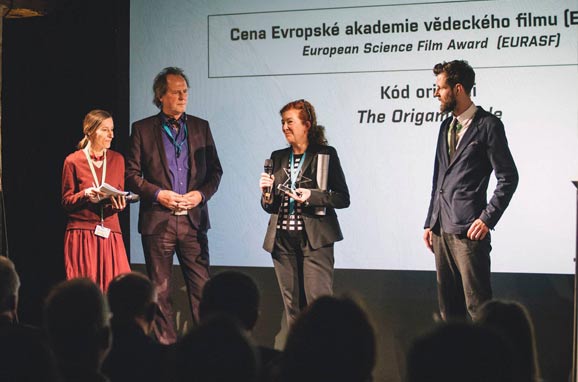