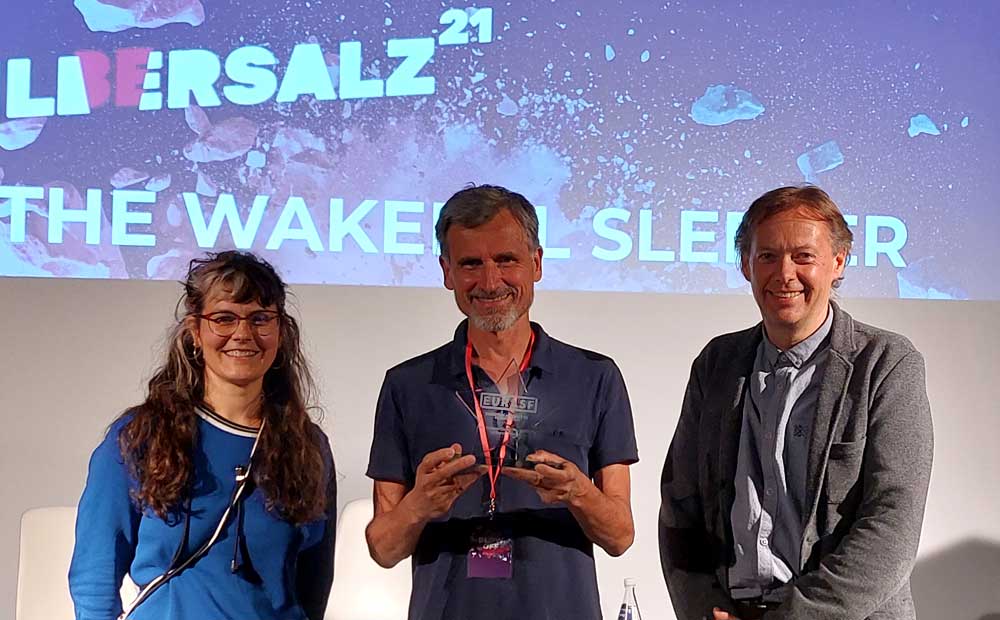 The EURASF members made their choice and have awarded the film "Le dormeur éveillé" (The Wakeful Sleeper) by the Belgian filmmaker Boris Van der Avoort as the Best European Science Film in 2020/21.

The quiet and very personal film is about a man who suffers from insomnia. Because of this, he (and the audience) learns a lot about this mysterious state of consciousness and its various manifestations in humans and animals.

The film was shown at this year's Silbersalz Science & Media Film Festival in Halle. After the screening there was a film talk with the director.